The Metro Mechanism of Ahmedabad 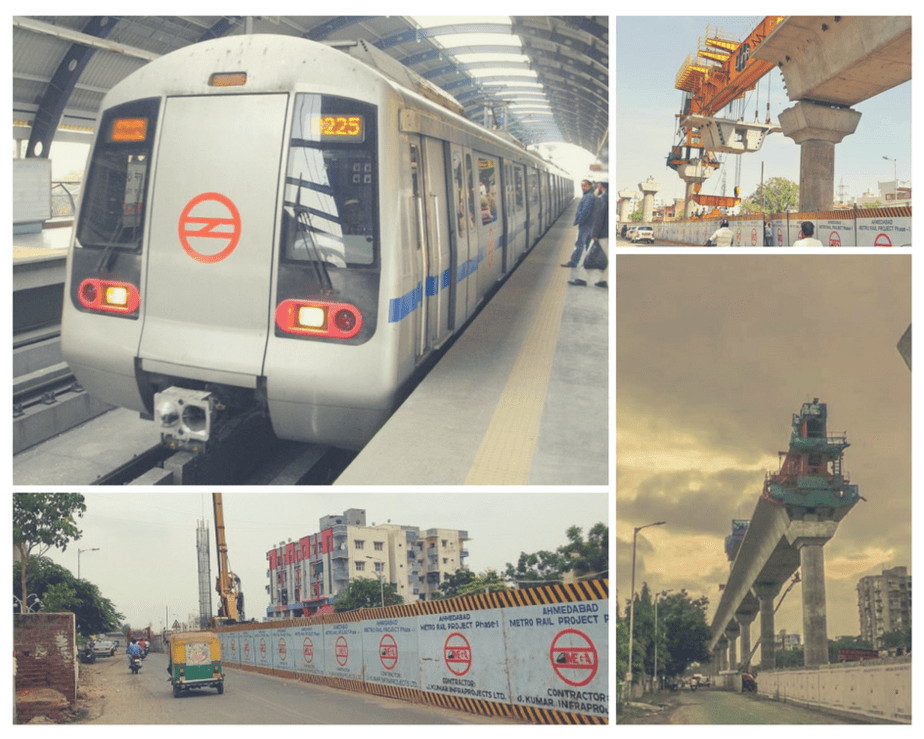 Modes of Transportation and establishment of Metro

At present, we have witnessed many modes of transportation framework. in accordance with that, the transportation system is mainly diversified into four segments such as roadways, railways, waterways, and airways. In which, roadway includes bicycle, motorbikes, car, bus trucks. Railways include Train, metro train, bullet trains etc. Waterways consist of boats, ships, watercraft, submarines etc. And, the last but not the least, the airway includes aeroplane, helicopters, spaceships, aircraft, etc. Hence, we will observe the significance of the transportation by considering the newly appointed project in Ahmedabad based on mass transportation which is Metro mechanism.

How was Ahmedabad before the advent of Metro?

Need to reform the mass transportation: The Metro Project

The prolongation of technology should be utilised and where better than in transportation. Equipping new sustainable transportation between Gandhinagar to Ahmedabad was necessary. Here, the introduction to Metro has taken place. The current metro project not only helps to connect Gandhinagar to Ahmedabad but also cover the major parts of the Ahmedabad city as well. The project is being progressed by MEGA (Metro link express for Gandhinagar and Ahmedabad), SPV (special purpose vehicle) and it is jointly owned by the Indian Government.

The Metro Corridor and terminus in the city 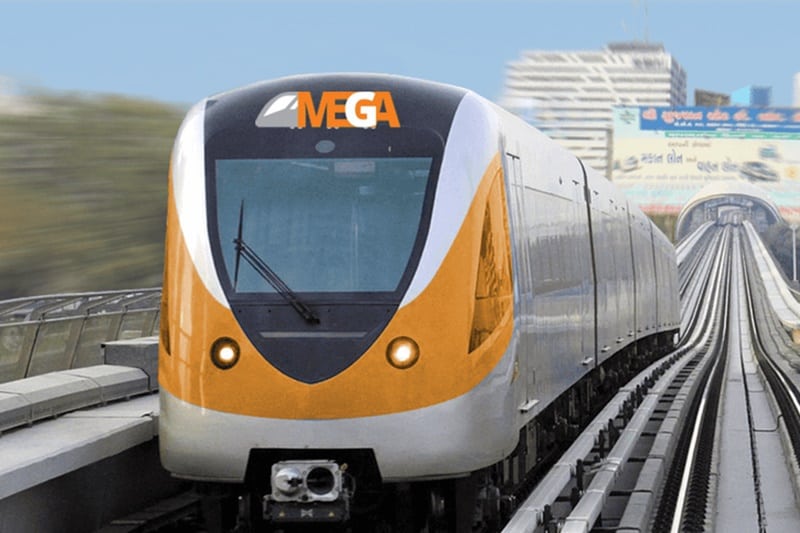 The aggregate length of the Ahmedabad Metro Phase One will be 39.26km, of which 6km will be underground and the rest of be raised. The primary stage will incorporate two hallways and 32 stations, interfacing four corners of the Ahmedabad city.

The stage two will associate Mahatma Mandir, Sachivalaya, Gift City and Pandit Deendayal Petroleum University (PDPU). The 34.6km stretch will start at Motera and end at Mahatma Mandir with 24 stations. 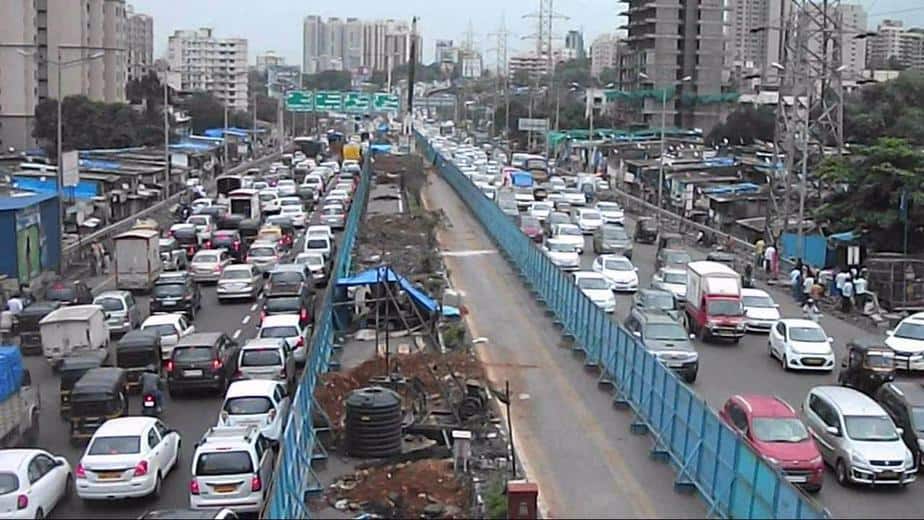 Recently, the construction of Metro is going at a quick pace. Hence, the obvious obstacles can generate. If we consider traffic then because of an ongoing project, the traffic issues are more likely to be developed. Maybe it could be one of the reasons to initiate traffic drive in Ahmedabad. There are many areas in Ahmedabad with full of crowd so handling them with the correct approach is a must. Furthermore, you never know about Nature’s wish, due to some unavoidable calamities the project can go to halt for a longer period which is expected to be completed by the end of 2019.

It was back in March  2019, when the East-West Corridor of Ahmedabad Metro’s first phase was open to the public. This corridor is almost 6.5 km long and connects Vastral Gam to Apparel park. There are two stations between these destinations – Nirant crossroads and Rabari colony. 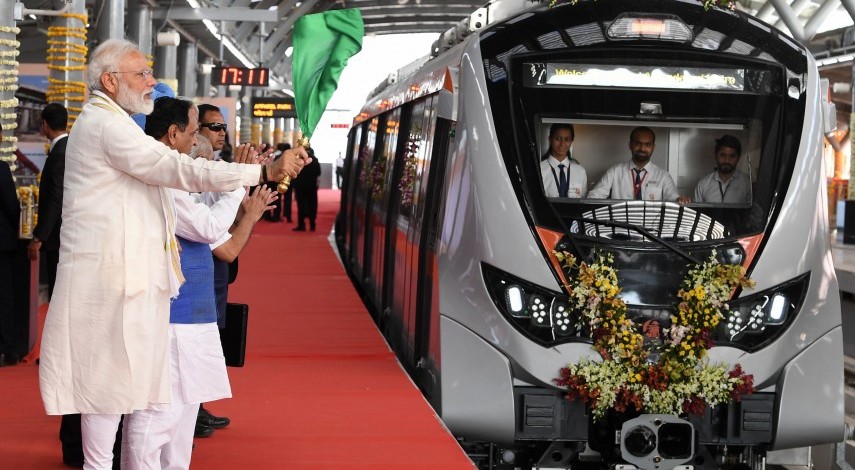 The distance between the East-west corridor is almost 21.16 km long, whereas the North-South Corridor is 18.87 km, starting from Agriculture Produce Market Committee (APMC) to Motera.

The Ahmedabad Metro project (Phase 1) is expected to be completed by July 2020.

According to the designs, phase 2 of the project will have a total of 22 stations. Phase 2 will be 28.2 km long and will connect the Mahatma Mandir, Ahmedabad to the Gujarat International Finance Tec (GIFT) City, Gandhinagar.

It is expected that the Ahmedabad-Gandhinagar Metro phase 2 work will begin in June 2020.

The Finale of Metro project

The abundance of transport will create more simplification in daily life after the completion of the Metro project in Ahmedabad. The nascent transportation through Metro rail can bring an enormous change considering current affairs. The people may feel more reliable and safe while using Metro as an intricate medium of transport.

Also, the utilisation of Metro will bring economic benefits to the Government of Gujarat making Ahmedabad an unprecedented source of income. It will also impact the current transportation fare in the city; it might become considerably less compared to the current pricing system. The metro project will also inaugurate different orientation of geographical aspects to all over the city.

Ashaval Team and all Amdavadis cannot wait to see the new Ahmedabad with the commencement of the Metro trains in the city.

It is that time of the year when parents...
Business